In his presentation, Novel Alloy Build Plate for Quick Release of Metal Parts Printed by Laser Powder Bed Fusion, Socha will present several examples of this new technique. The interaction of the printed metal to the low-melting point alloy will be analyzed and discussed, including an analysis of intermetallics formed at the interface between the alloy and the printed metal part. Cost-of-ownership calculations will also be presented.

Socha is the Technology Assessment Manager for Indium Corporation. His team is responsible for analyzing and investigating emerging markets and technologies that could provide new opportunities for Indium Corporation. He has a bachelor’s degree in applied economics and business management from Cornell University, and a bachelor’s degree in chemistry from the University at Albany. He holds several U.S. patents for solid-state lighting devices (LED) comprising semiconductor nanocrystal complexes.

Thermaltronics Appoints a New Sales Force in the Midwest

Continued Expansion of NOTE in Sweden 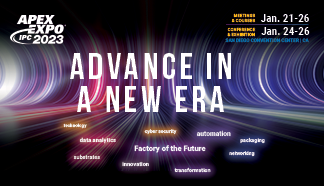