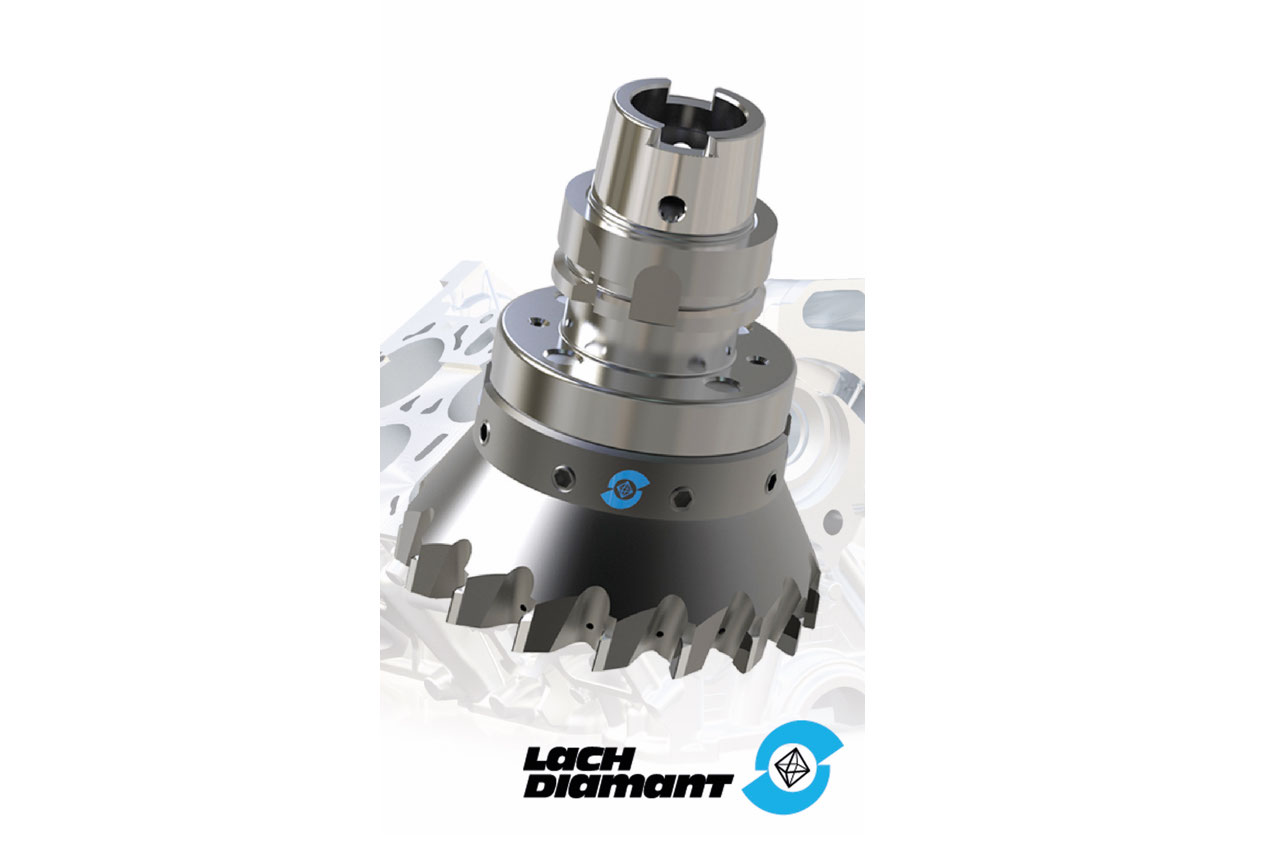 Already in 2019, on the occasion of the EMO exhibition, LACH DIAMANT wrote “the trend in milling is towards Monoblock“– or, in other words, to “renounce“  profitably the use of cartridge milling cutters. The PCD-Monoblock is, in direct comparison with cartridge milling cutters, immediately ready for use – without time-consuming adjustment of the cutting edges needed.

LACH DIAMANT can refer to 40 years of experience in the production and successful application of PCD-Monoblock tools  – from PCD end mills to PCD milling cutters with diameter 250mm.

What started in 1978 with the production of the world`s first PCD milling cutters – straight cutting, with axial angle or also with profile – for the wood/furniture, door as well as the plastics/composite industries, became, with the increasing development of CNC machines, an absolute must also for the automotive and accessories industries: The cutting material polycrystalline diamond (PCD) for the machining of aluminium and composite components in series production.

Those who know LACH DIAMANT as the pioneer in the development of superior diamond and CBN tools, will not be surprised to see that it became more than an idea to manufacture a PCD Monoblock tool.

High-performance milling for example requires special protection of the diamond cutting edge against inconvenient heat generation. In cooperation with Audi AG LACH DIAMANT has developed the system »cool-injection«; here the cooling jet coming out of the carrier tool is conducted through the diamond cutting edge directly to the chip being generated; no harmful heat is produced. Several patents have been granted for this innovation which was already awarded with the Hessian Innovation Prize.

The optional system »cool-injection« makes the PCD-Monoblock a high-performance milling tool for all series manufacturers enabling them to take the best possible advantages of HSC/HPC aluminium machining. »cool-injection« for maximum tool lives and feed rates – the maximum width of the available PCD cutting edge can be used for infeed.

In order not to have to “compare apples and oranges“ LACH DIAMANT points out that  the costs for the option »cool injection« will be shown as extra in the quotation for a PCD-Monoblock milling cutter.

Furthermore – also in times when no exhibitions take place – experienced consultants are at our customers` disposal.